The Vermont Pension Investment Committee (VPIC) systems had combined assets of approximately $4.6 billion as of June 30, 2020.

​Over the long term, Vermont's systems in aggregate compare favorably with the majority of public pension plans.

To see financial performance reports for the pension systems, click on one of the systems below:

In addition to the financial performance report for each system, aggregated data for all systems is available here.

Asset allocation is essential to the investment performance of the plan. In order to insulate the portfolios from short-term market fluctuations, the three pension systems diversify assets across a broad group of asset classes, which enables each portfolio to maintain stability through market cycles of the different asset classes. Each system's assets are invested in stocks, bonds, global asset allocation strategies and real estate. These investment categories have imperfect correlations, so if one category is faltering, another may be doing exceedingly well. This strategy minimizes the effects of short term volatility that occurs within each asset class and is totally different from market timing, in which an investor attempts to predict the ups and downs of various markets. In such a strategy, substantial losses can occur if the timing decision is incorrect. 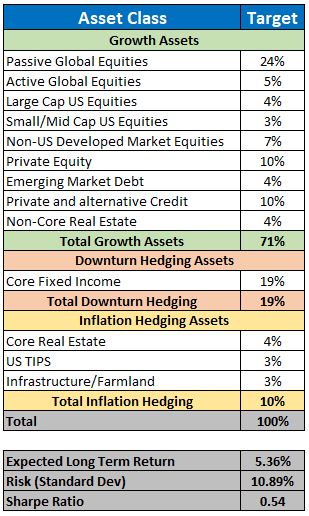 Links to holdings of the VPIC portfolio as of the most recent fiscal year end and the most recent quarter are listed below. For holdings in periods other than those listed, please contact TRE.VPICInquiries@vermont.gov

If you have trouble finding information or materials regarding the pension fund please contact us:

For investment management and VPIC inquries: TRE.VPICInquiries@vermont.gov or call (802)-828-3668.