During the 2015 State legislative session, the Office of the State Treasurer worked with Vermont stakeholders, State agencies and departments, and legislators to draft and pass Vermont's enabling legislation of the federal ABLE Act. The Vermont Achieving a Better Life Experience (ABLE) Savings Program is intended to ease financial strains faced by individuals with disabilities by making federal tax-free savings accounts available to cover qualified expenses such as education, housing, and transportation. American families currently enjoy tax incentives to save for significant future expenses such as college, retirement, and other life events. The ABLE Act empowers disabled individuals and their families to save their own money in a 529A (or ABLE) account for the purpose of maintaining health and independence. 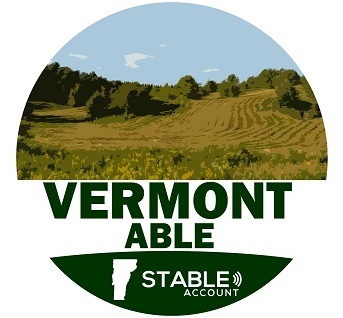 A 529-ABLE account or 529A, allows for an account within Section 529 of the Internal Revenue Code of 1986, and is a (Federal) tax-free savings vehicle operated by a state for disability-related expenses that will supplement, but not supplant, benefits provided through private insurances, the Medicaid program, the supplemental security income program, the beneficiary’s employment, and other sources. Contributions are in federal after-tax dollars, but earnings would grow tax-free just like with 529 college savings accounts (Roth style). Withdrawals must be for qualified expenses.